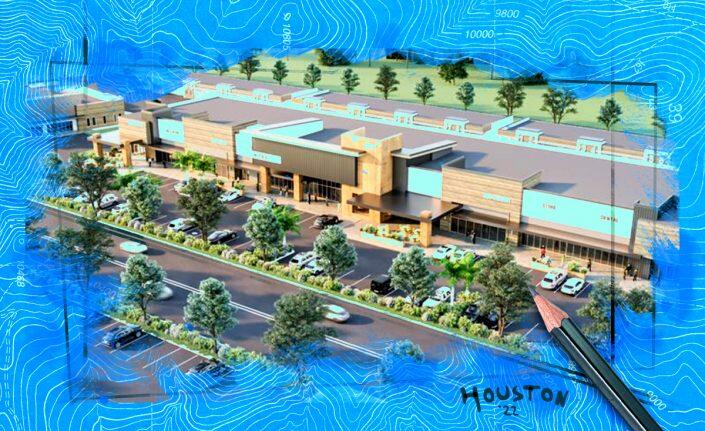 The south Houston suburb will be getting a 75,000-square-foot shopping center

Cousins Danny Sheena of Bellaire-based SLS Properties and Moshe Allon, owner of Kemah-based Mada Properties, are taking on several projects in the Houston area under their developing partnership MDDS.

Sheena and Allon have been collaborating on projects in Houston’s southeastern suburbs for almost a decade, acquiring and developing retail centers from Kemah to Pearland. The developing partnership is now looking to bring a 75,000-square-foot shopping center to League City, just south of the Houston Space Center, according to the Houston Business Journal.

The future Plaza 96 will sit on State Highway 96 near Southshore Boulevard next to an H-E-B and behind a Chick-Fil-A and a Sonic Drive-In. The complex will have retail, restaurants, medical office space and office warehouses, Sheena told the journal.

Though the permit for developing League City is still pending, the developers expect to be cleared for construction within six months and have already received letters of intent from multiple prospective tenants, Sheena said.

“Chick-Fil-A obviously generates — and Sonic — lots and lots of traffic,” Sheena said. “The traffic flows through our shopping center. And obviously H-E-B is just a massive development, lots of traffic as well. I’m very excited about this development and can’t wait to break ground on it.”

Sheena’s SLS Properties is set to cover the construction itself and Houston-based Diamond Development and Construction Group has been tapped to design the retail center.

The partnership is also launching a makeover project for League City Plaza. The 130,000-square-foot shopping center is a former Weingarten property the cousins closed on last year after Houston-based Weingarten Realty Investors was acquired by Kimco Realty. The plaza is located between FM 518 and Interstate 45 and is over 95 percent leased, Sheena said.

The project aims to upgrade the property’s dire lighting situation and add about 30,000 square feet of additional retail, restaurants and a drive-thru on pads facing the Gulf Freeway frontage road.

“At night sometimes, before, it used to be pretty dark at some spots,” he said. “And now it’s very safe, very secure, well lit.”

Finally, MDDS development is planning a 36,000-square-foot mixed-use retail center on Egret Bay Boulevard, just off the NASA Parkway in Webster. The development is intended to ​​the existing Marina Gate Shopping Center by adding retail, restaurants and offices.